Who's At Fault For An Accident That Occurs While Lane Splitting?

Lane splitting is the practice of riding a motorcycle between cars in two lanes. It's legal in California, illegal in many states, and simply not addressed by law in many others. However, motorcycle riders like it because it allows for faster travel time and also reduces the risk of being rear-ended in traffic. Still, lane splitting isn't without risk, and accidents can happen. Figuring out who is at fault and thus liable for costs like medical bills in these accidents can be tricky.

Motorcycles using lane splitting are obviously faster than the traffic surrounding them, and they may take some drivers by surprise as those drivers try to switch lanes. This does not absolve drivers of the responsibility to check for oncoming vehicles before changing lanes. However, if a lane-splitting motorcycle is going too fast, the motorcyclist could be at least partially at fault. If you're the motorcyclist in question, that could reduce your compensation.

A more difficult issue is visibility. For example, you may have been well within the allowable lane-splitting speed limit, but the driver who hit you legitimately couldn't see you because, from their perspective, part of a semi obscured their view of where you were. In that case, both of you did what you thought would be safe (you were going the speed limit and the driver was looking back to make sure they couldn't see any oncoming traffic), and it was just an unfortunate fluke that led to the accident. Something like that will require a lot of division when it comes to determining who will be responsible for what.

Another issue is driver expectation. Californians, for example, can be expected to look for lane splitters. Drivers in this state know to look for motorcycles, and if someone doesn't look and hits you, then they would be the party to go after if you need more compensation for medical bills, for example. In a state where lane splitting is illegal, however, and drivers won't expect it and thus won't look out for lane splitting; just oncoming traffic in general. An accident there could be their fault if they didn't look carefully, however.

If you've been in a motorcycle accident that occurred when you were using lane splitting to get through traffic, you may want to speak with a motorcycle accident attorney. Because so many factors go into determining fault in these cases, you can't face court proceedings or settlement hearings without legal representation. 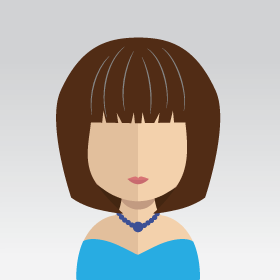